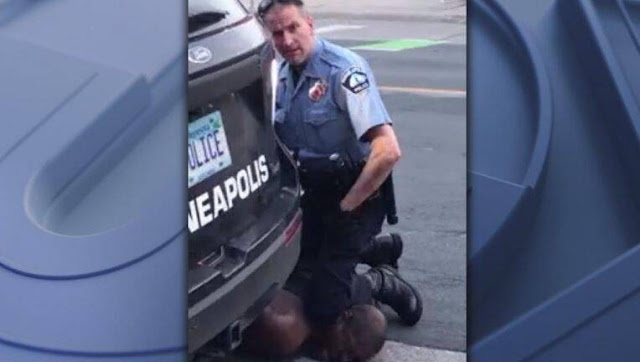 Derek Chauvin, the police officer involved in the  incident in which African-American George Floyd died ,  was arrested Friday and charged with murder and manslaughter , four days after the unfortunate event.

John Harrington, commissioner of the Minnesota Department of Public Safety, announced that Chauvin was arrested by the Minnesota Office of Criminal Enforcement.

The county attorney said that the other three officers involved are also in police custody.


African-American George Floyd, 46, was the victim of a violent arrest in Minneapolis on Monday, May 25, as a result of which he died.

Rapidly, the condemnation reactions were multiplied worldwide by the brutality with which  Chauvin kept Floyd immobilized with his knee to his neck , despite the pleas of the victim, who insisted that he could not breathe. Minneapolis Police confirmed the death, calling it a "medical incident." The  victim's sister called for justice on Wednesday , saying that the expulsion of four officers, released by Minnesota police, was not enough.

In recent days, in many cities in the country, groups of protesters have taken to the streets to demand justice.

The police station where Chauvin worked was set on fire on Thursday night. Following the violent outbreaks, President  Trump threatened to send the military to the city of Minnesota  and called the protesters "thugs."

"We will take over if the difficulties begin, but when the looting begins, the shooting begins," the president wrote.

Finally, more than 500 members of the National Guard used tear gas and rubber bullets on Friday to disperse those who looted businesses or burned infrastructure in Minneapolis.

“Fires are still burning on our streets. The ashes symbolize decades and generations of pain, of anguish, "said Minnesota Governor Tim Waltz, who hopes that justice will be done" quickly "against the officers involved in Floyd's death.

Amid the chaos, a  CNN team  was detained and later released, while broadcasting live on television.