13 Families Ruling The World: The Forces Behind The New World Order

13 Families Ruling The World: The Forces Behind The New World Order

The forces behind the New World Order (NWO) are following a slow-paced agenda of total control over mankind and our planet’s resources. David Icke coined it the “Totalitarian Tip-Toe,” because “they” are making very small steps towards our complete and definitive enslavement.
As a result, the masses remain relatively unaware of the fact that their liberties are being gradually taken away, while the power of the NWO octopus grows steadily.
The forces behind the NWO agenda
Somewhere near the very top of the pyramid, an extremely elitist organisation known as the Council of the 13 families orchestrates all of the major world events. As the name suggests, the Council consists of the top 13 most influential families on Earth. 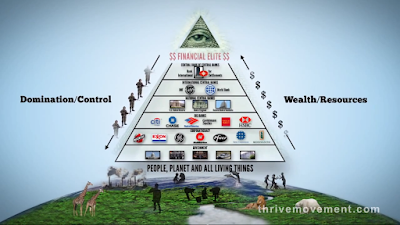 An increasingly number of people is becoming aware that 99% of the Earth’s population is controlled by an “elite” 1%, but the Council of the 13 families consists of less than 1% of the 1% “elite” and nobody on Earth can apply for membership.
In their opinion, they are entitled to rule over the rest of us because they are the direct descendants of the ancient gods and consider themselves royal. These families are:
Personally, I suspect that this may not be the complete list and some very powerful lineages are still unknown to us.
The Rothschild dynasty is unquestionably the most powerful — visible — bloodline on Earth and their estimated wealth is around $500 trillions! They exercise their power through the world banking empire, which is almost entirely owned by them.